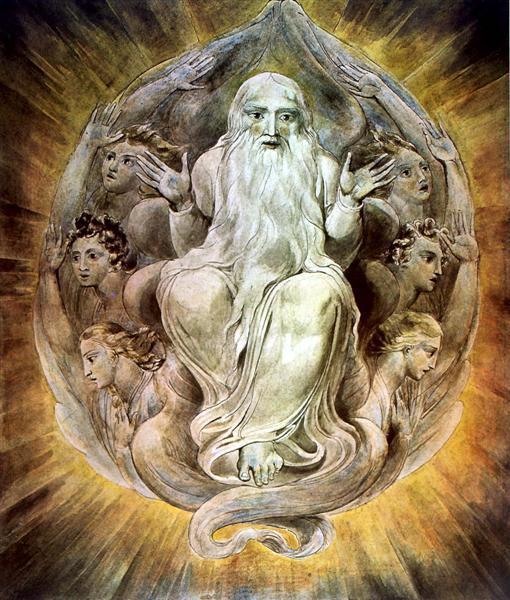 Could it be that any Creator worth existing must be beyond human understanding, so that religion is actually a human construct? Perhaps speculating on human behavior in regards to religious habits should be no different than studying any other type of human behavior, because if God is behind it at all, God is behind it all, right? Even Religious Studies scholars often try to separate religious behavior from other types of human behavior, but how is one to explain religious violence apart from social power, authority and indoctrination? Competing for control is a very human way to do anything, if not everything.

In the first post, I said that this series is not an endorsement of any social theory, but simply an exploration of social behavior models that will give us tools to discuss the nature of power and control in society, subjectivity and free will in our personal lives, and whether it can be said that one actually has a “belief”.

According to Louis Althusser, agency is tied to the understanding of what it means to be a subject, which is a socially constructed, ideological category. In this way, agency does not exist except as an illusion of individual freedom and choice engendered by the conditions of ideology. On the subject of religion, Althusser claims that the church was once the primary Ideological State Apparatus (ISA), but, since the Enlightenment, that role has been taken over by the “Family-School”, which cultivates habits of productivity and submission in individuals. However, using religion as an example of how ideology works, Althusser does expand the parameters of his social theory by presenting God as the Subject at the center of ideology, from which all subjects are mirror images.

He explains that the subject’s identity exists only as it is recognized or “hailed” by ideology (as it is ideology that creates the “subject“). The individual can only exist as represented by the social structure. For this reason, we can ascertain that agency is severely limited in this social theory and power is inculcated in behavioral habit as part of the category that defines the subject. Religion, as far as it is effective, is part of the State Apparatus that reproduces productive subjects for the purpose of reproducing the conditions of productivity for the capitalist State.

Michel Foucault sees agency as struggling at the intersection of human interaction, within the interplay of power between two individuals. Power exists only at the level of relationships, because no one can own it. However, belief and perception are cultivated through subtle disciplinary procedures at every level of society, with the goal of developing productive, submissive bodies. For this reason, an individual’s social behavior is, in actuality, the ritual behavior of his/her body that results from social “disciplinary” structures that set the parameters for acceptable behavior. For this reason, agency is buried in practice and the subject is a body moving through a socially constructed world. If belief is practice and ritual a result of discipline, religion for Foucault seems also to take part in the economic system that produces productive citizens for the capitalist State, as “cogs in the machine.”

On the subject of religion, Pierre Bourdieu says that the modern religious “field” has become diffused in society, meaning that it is no longer autonomous, but, rather, very porous. The “salvation narrative” and related capital produced by the religious field are synonymous with other forms of capital in other fields produced by other specialists, and no longer appreciate the monopoly over meaning the Church once held. In other words, the socially constructed world in which we interact has become so preoccupied with material, economic interests that the religious field operates primarily in terms of economic and political exchange of social capital.

For Bourdieu, “agency” is a limited prospect. Subjects move through fields that restrain behavior and subjects are already restrained by embodied social structures from those very fields. Social behavior is limited by indoctrination of the individual’s habitus (you might think of it as a sort of “social” unconscious) by the fields with which the individual interacts. Over time, interaction with particular fields shapes behavior so that interaction with other fields becomes more difficult. Aberrant behavior would do little to affect a field unless a number of other subjects performed the same behavior; and aberrant behavior is a limited possibility because of embodied structures that dictate available behaviors. The structures and the necessary accumulation of capital represent the category of “power” in Bourdieu’s social theory model, as the structures restrain behavior and accumulation of capital is the only form of social mobility.

However, Bourdieu does use a “religious figure” as an example of how social change might occur: the “prophet“.

Because social meanings are determined by language categories based on “inclusion” and “exclusion” (for example, “sacred/profane” or “orthodoxy”/”heresy”), specialists in a given field dictate meaning for all lower classes within the given field. For instance, in the medieval period, the Catholic Church could categorize all smaller religious movements with terms like “profane,” “magic,” “witchcraft,” “Satanic” and the like (categories that retain their viability for some modern religious communities for the same reason). Prior to the Reformation, the Catholic Church held the highest class standing in the religious field in the West. Its specialists could frame behavior in the socially constructed world according to the categories of inclusion/exclusion, by which the practices of minority religions (such as Jews, Muslims, Christian mystics, Reformers or dualists, for example) were devalued and forced into a standing of limited social mobility and acceptance. In early Christianity, apostolic fathers called opponents “heretics” in contradistinction to their own developing “orthodoxy”, even excommunicating allies for political gain. Today, there are still struggles over authority within the porous religious field, in which individuals wield political, financial and religious capital in discussions about “right” religion and “right” morality, using binary language categories to universalize their own perspectives and condemn as invalid (“heretical”) the positions of their opponents.

“Symbolic violence,” the method by which capital is presented as though it were the real conditions of existence (such as categorizing Christian folk healers as witches or Jews as Satanists, for instance), results in oppressed communities losing the ability to express their own social reality outside the language categories defined by their oppressors. In this way, folk healers in a community defined as “witches” by Church authority might no longer be able to see themselves as “Christian”.

According to Bourdieu’s model, then, agency is a limited possibility, but also limited are power and resistance to change. Because communities constantly struggle over the production and accumulation of capital, a community can form around an individual to act as a mouthpiece, upsetting the dominant social structure. Although this change could occur in any field, Bourdieu chose to label this individual a “prophet” and frame the process in religious terms. In the end, however, religion is merely one field among others, all ultimately working in service of the meta-field of the State.

For these three theorists, Althusser, Foucault and Bourdieu, agency is a social construct, power is wielded by the State and diffused among the social structures that act as processes of domination, and religion is merely an aspect of a larger economic project. For all three of these theorists, religion has lost its power in the last few centuries, revealing itself as a façade for economic production. Althusser’s representation of ideology bears some similarity to Bourdieu’s theory of how the habitus operates, but Bourdieu’s model of interaction between the subject and social fields seems more closely related to Foucault’s theory that power exists in relational interactions. All three theorists position subjectivity in the body (as it moves through a social space), but Althusser and Bourdieu more explicitly define that subject as socially constructed. In the end, agency, power and religion are, to these three theorists, social processes that result from the interaction of bodies and their social locations in an economic landscape ultimately defined and naturalized by the processes (particularly the development and execution of laws) of the State.

From this perspective, “belief” has two aspects:

I use Bourdieu’s “field” here, but remember that, in his model, an individual can interact in multiple fields (education, religious, economic, political, for instance) at once. However, as these fields would have to exist in close social and physical proximity to one another for an individual to interact with all of them, the structures of these fields will be similar. Acceptable behavior will be dictated more by “class” (accumulation of capital) across multiple fields than by the individual fields themselves. In Bourdieu’s model, discrepancy between expressed belief and habitual behavior derives from an internal conflict of embodied fields, as when an individual is defined by the authority of a higher class, subjected to “symbolic violence.”

For instance, if an individual holds different political views than his/her peers in a given community and the religious authority of that community condemns the individual for “false belief”, the individual could develop the understanding that he/she is not a Christian according to the language categories of that authority, causing an internal schism in the embodied religious field. This is how “symbolic violence” works, and the individual cannot express his/her identity as a Christian unless another authority arrives to give voice to that expression within the religious field of that community. (That authority figure does not have to be present, obviously, as in the case of the Pope).